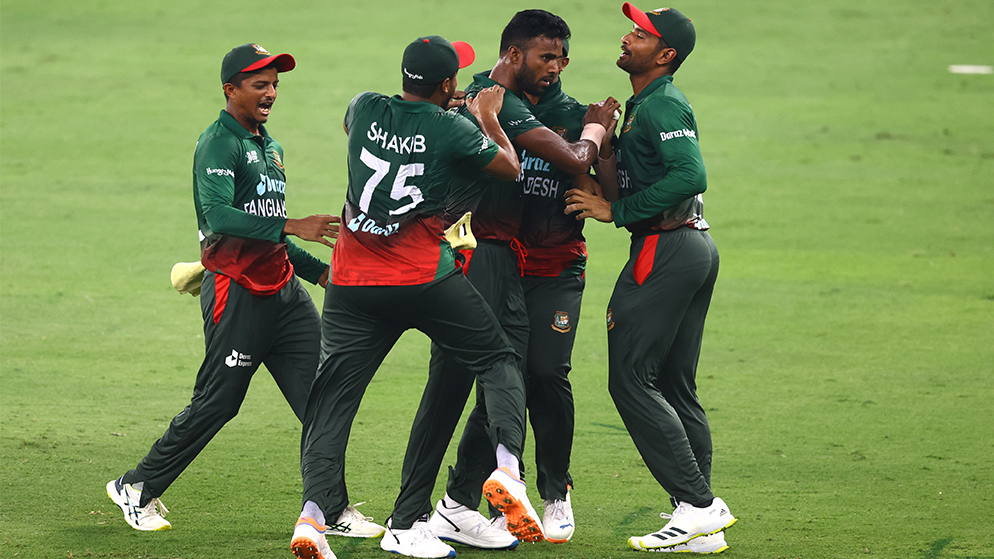 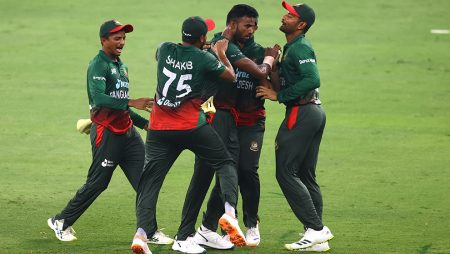 Bangladesh Team revealed their 15 players’ squad for the ICC T20 World Cup 2022. This mega event will start in October in Australia. Former captain Mahmud Ullah has been ousted from the T20 World Cup 2022 squad. However, the 15-member Bangladesh Team Squad will be led by Shakib Ul Hasan. In addition, Bangladesh Cricket Board has made certain changes in the squad as they had a terrible outing in Asia Cup 2022.

The players like Parvez Hossain Emon, Anamul Haque, Mahedi Hasan, and Mohammad Naim will not travel to Australia for T20 World Cup. Keep in mind the Asia Cup campaign was not so good for Bangladesh. As you see Bangladeshi team exited the tournament in Group Stage after losing their matches against Sri Lanka and Afghanistan. In this article, you will learn about the team squad of Bangladesh for the upcoming mega event T2o World Cup 2022.

Ahead of the much anticipated T20 World Cup 2022 in Australia, Bangladesh revealed their team squad starting next month. There is a total of 16 teams participating in the big event. With lots of T20s lined up ahead of the start of the ICC T20 World Cup on 16 October 2022, the Bangladesh cricket board will look to experiment and fine-tune their combinations and make tweaks personal as required. Remember that all team squads have a due date of 9 October to make changes to their squads. After the due date, they will need to have any squad changes sanctioned by the ICC.

Shakib Ul Hasan leads the 15-member squad of a Bangladeshi cricket team. However, many names playing in the Asia Cup 2022 will not fly to Australia for ICC T20 World Cup 2022. In addition, the Tigers will also miss their middle-order batter, Mushfiqur Rahim. Furthermore, he retired from the T20 format just after the Asia Cup 2022.

Bangladesh has included Litton Das, Yasir Ali, Nurul Hasan, Hasan Mahmud, and Najmul Hossain Shanto in the final 15 Bangladesh Team Squad. Remember that Litton Das could not play in Asia C Up 2022 due to sustaining a hamstring injury during the tour of Zimbabwe. In addition, Nurul Hasan also faced a finger injury on previous days. He has also fully recovered from his injury and is ready to show his performance in ICC T20 World Cup 2022.

Apart from the team squad of last year during the 2021 T20 World Cup, Soumya Sarkar and Shoriful Islam could make it to the standby list. Rishad Hossain and Shak Mahedi Hasa are also on the standby list. Unfortunately, after qualifying for the Super 12 stage after Round 1, they lost all their Super 12 matches. In addition, they will finish last in Group 1 with a total of 5 losses in all five matches.

The ICC T20 World Cup 2022 is scheduled to be the 8th T20 World Cup tournament. Originally, the big event was to be held in 2020, but it was postponed due to the COVID-19 pandemic. However, 12 teams directly reach the Super 12 phase, and Bangladesh is one of them. The remaining 4 places came from the top 2 teams from each of the 2 Global Qualifiers, consisting of 16 teams. In addition, there are two T20 World Cup 2022 team Groups, Super 12 Group 1 and

These are the players included in a list of the final 15 T20 World Cup 2022 Bangladesh Team Squad. The due to make changes in the squad is 9 October, but Bangladesh Cricket Board announces their final squad. There are certain changes in the team as they had a terrible outing in Asia Cup 2022. However, the same squad will also travel to New Zealand for a triangular series between 7 and 15 October