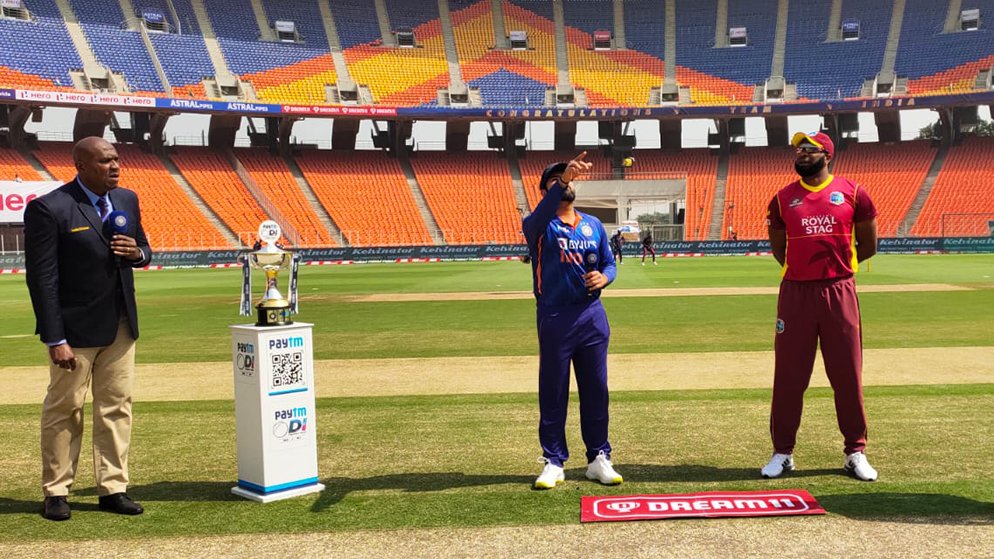 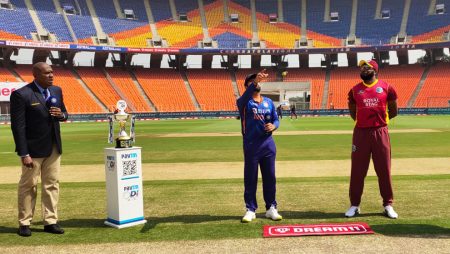 West Indies Vs India is round the corner. India would play a white-ball series against the West Indies on February 6, 2022. The Men in Blue would play three one-day internationals on February 6th, 9th, and 12th, 2022. With the game being contested at home, the roster appears to have undergone significant alterations. Two quality spinners have been added to the lineup while replacing one of the pacers. For the series, Jasprit Bumrah, Ravichandran Ashwin, and Mohammed Shami are left out from the team’s selection this time.

Thus, there are various predictions by oddsmakers and cricket betting experts for the coming tournament. Let’s check out.

As we await the start of the ODI series against the West Indies on February 6, here are the best predictions by industry experts for West Indies Vs India lineup. Let’s take a brief look at Team India’s official squad for the ODI series first, along with the betting tips and predictions to wager smartly for the coming matches.

Rohit Sharma and Shikhar Dhawan are the openers

One of Team India’s most successful opening pairings will now reunite as a dress rehearsal for the 2023 ODI World Cup match. While Dhawan has appeared in every series since the March series against England, Rohit will take over as a captain. So there will be a lot to bet on this pair and captain both.

Predictions for the middle order

Former captain Virat Kohli will start at 3rd, and then either Rishabh Pant or KL Rahul may bat at 4 or 5. The match situation will most likely determine Pant’s or KL’s batting order. As per predictions, Pant could be useful if a left-handed pitcher is needed. However, if there is a necessity or a right-hander, KL may be called in.

In any case, either of these options is acceptable, given Pant and KL are both aggressive middle-order batsmen.

Suryakumar Yadav can be number 6

In the third One-Day International against South Africa, India used a lineup of six hitters and five bowlers. With Venkatesh, Jadeja and Hardik out, India just has one batting all-rounder in the squad: Deepak Hooda. Hooda is a good candidate at 6, but his lack of experience may force India to deploy specialists. As a result, the odds are high that Suryakumar Yadav will most likely start at No. 6.

India may have lost the ODI series against South Africa, but the ascension of the batters in Shardul Thakur and Deepak Chahar was the most positive aspect of the series. In every match they played, both gave an outstanding performance. So there would be good possibilities to try them out at numbers 8 and 9 respectively in this West Indies vs India 2022 match.

When it comes to the last two seats, it should ideally not be a contest. Siraj should have an advantage over Prasidh. Siraj is far too good to pass up, and India will not make the same mistake twice.

It is also estimated that Yuzi Chahal must remain the team’s top spinner. Chahal performed admirably in the ODIs against South Africa and can be crucial against the West Indies.

Washington Sundar has often demonstrated that he is a valuable bowling all-rounder. Sundar was outstanding as a lower-order hitter in the just ended Vijay Hazare Trophy. On the other hand, Sundar could be dismissed if Shardul or Deepak are granted more batting confidence.

Currently, West Indies is in good form, with Kieron Pollard, Alzarri Joseph, and Shamarh Brooks assumed to be key players for the coming West Indies Vs India series. So you can place your bet on these three.

So there you have it! The best-predicted team 11 for the West Indies vs India 2022 series. Besides the bowling lineup, the batting order appears to be ready too. The return of newly-appointed captain Rohit Sharma would be a significant turnaround for India. With impressive lineup predictions, odds will be competitive on India among punters.

Even though India recently lost a series against South Africa, it doesn’t mean India has lesser chances to win the series. As per previous stats and predictions, beating India at their home grounds has been challenging for the West Indies. Thus, odds for India will be high on this ground.